Flowers in the House.

I thought I would take a moment from bridal consultations, ordering for next year, planting seeds for next spring and cutting for designers; to play with some flowers. I haven't been to the party at Jane's house for a couple of months; just too many spinning plates.  But Farmer Tony brought in a lily that was not ordered.  It came in a group of purple/white lilies but it is not one of them.  We both thought it was beautiful for the late season of summer and so I just had to do something with it. What do you think of the lily? 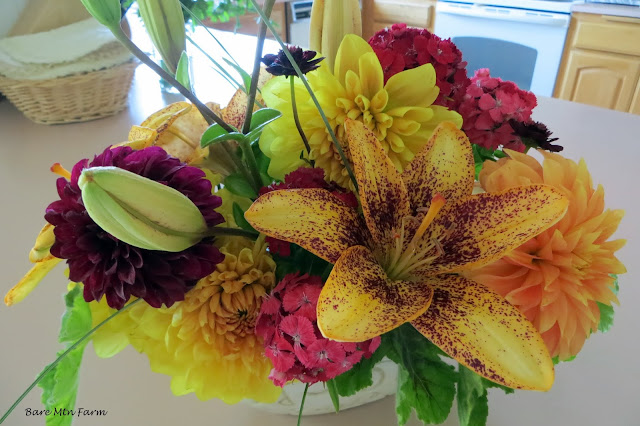 Nice huh, now I must find the variety and order some of them for next year's lily production.  More computer and paper work.

Had a wedding this weekend where I thought I might like to put some roses in to the bouquets.  But when I was making the bouquets the roses looked a little sad and wilted so they stayed in the bucket.  Hating to waste flowers, another home bouquet was made. 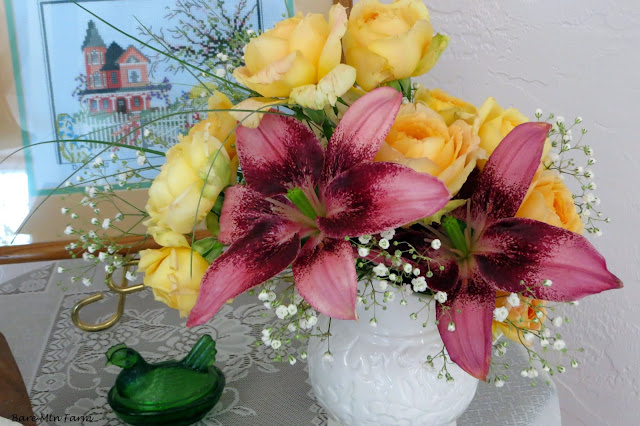 What a happy mistake, the roses perked up and other than a couple of petals were fluffy, gorgeous and the fragrance was delightful.  Should have known the Kordes roses would look wonderful and they do on my table. 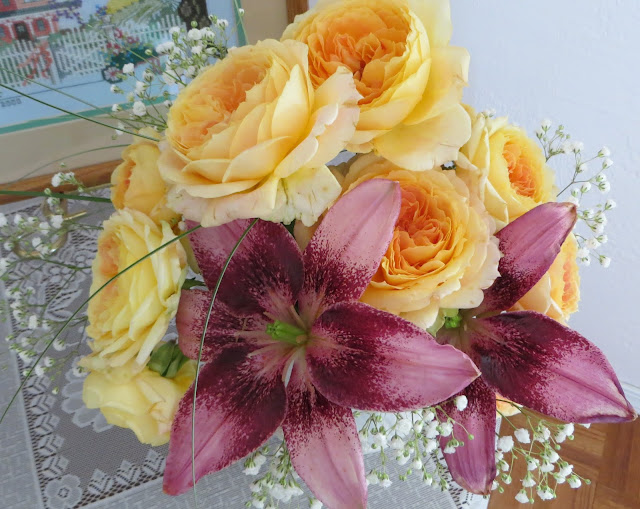 Not too sure about baby's breath except the gals really want it.

The last vase of flowers is my weekly tradition of what we call : Jam it in a vase flowers. Leftovers that I am not ready to toss and not spending a lot of time arranging. Just want something colorful on the counter. 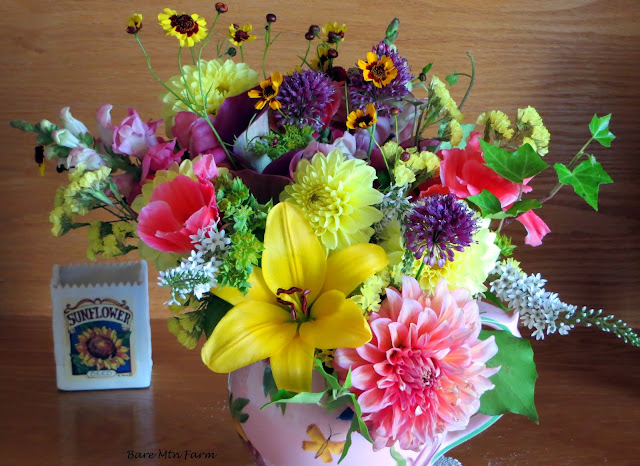 So there you go, a few flowers in the house.  The best part of Jane's party is seeing all the other flowers in homes around the world.  Check it out at Jane's small but charming blog post.

Email ThisBlogThis!Share to TwitterShare to FacebookShare to Pinterest
Labels: Flowers in the House