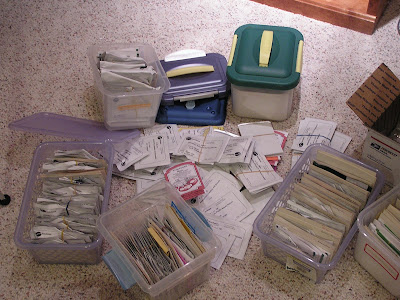 Seeds need to be ordered, inventoried, dated and numbered.  They are then stored in boxes to be ready to plant.  Schedules of planting are then made via the computer.

Christmas decorations have to be rounded up and

boxed back up.  More fun putting out the stuff than
picking it up.

Everything needs a good cleaning.  Carpet mowing, dusting, scrubbing and dust bunny chasing have to be done so we can move to outdoor work.  Wouldn't it be nice if it stayed clean till next January. 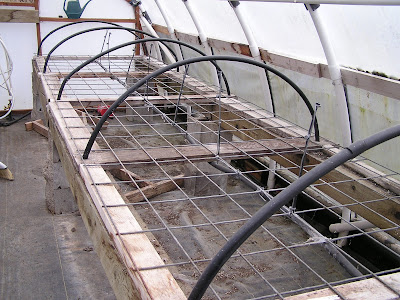 Cleaning and brooming out the propagation house. 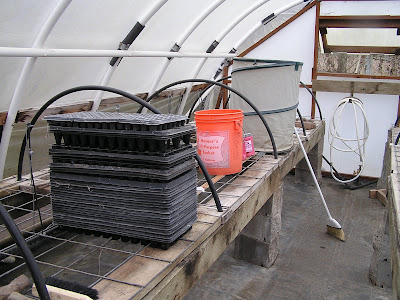 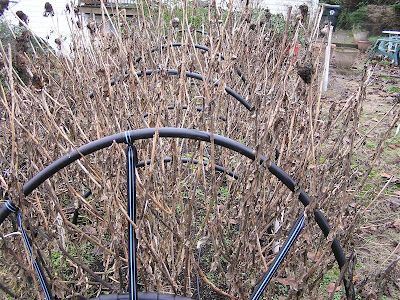 Cleaning off the boxes, so we can plant more anemones and other flowers next month.

And finally the most crummiest job of all besides the endless weeding is........... 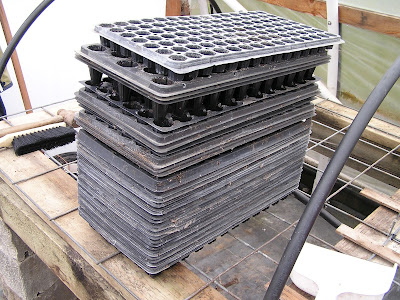 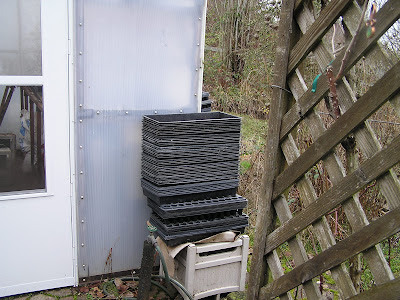 Plug tray washing...... yuck.......  Don't get me wrong I wash hundreds of trays and plugs during the season but at the end of the season when I am pooped, they just don't seem to be a priority any more and so they sit......and wait..... till I need them for the new season,  which is NOW!  So it is back to the greenhouse, soapy water up to my elbows and washing out trays and lining the shelves like dishes drying on a rack.  Flower farming, the mundane aspect of it.

So the quote is to inspire!

The victory of success is half won when one gains the habit of setting goals and achieving them. Even the most tedious chore will become endurable as you parade through each day convinced that every task, no matter how menial or boring, brings you closer to achieving your dreams.”
― Og Mandino