Did it happen, did it???  Every morning for a few weeks, that is the important question of the day... did it happen?  Say it aint so..... It aint so, yet.
Did we get a big frost?  We have been jumping up each morning, noses pressed to the window, looking for the tell tale signs of destruction.  Black drooping leaves, shimmering frosty grass, a clear blue early morning sky are scanned to see if it has happen. But so far it hasn't happened.  We had some localized field frost on a few plants but the killer frost hasn't happened until maybe tonight.(cue scary music). If you are a farmer or a plant lover, you know it will happen soon, any night now.... but you're not ready for it to be over... you just want a few more cuts.

For the past few days I have been running around like crazy cutting as many flowers as I can for our home.  I have been hoping for flowers for Thanksgiving but it just might not be, this year. 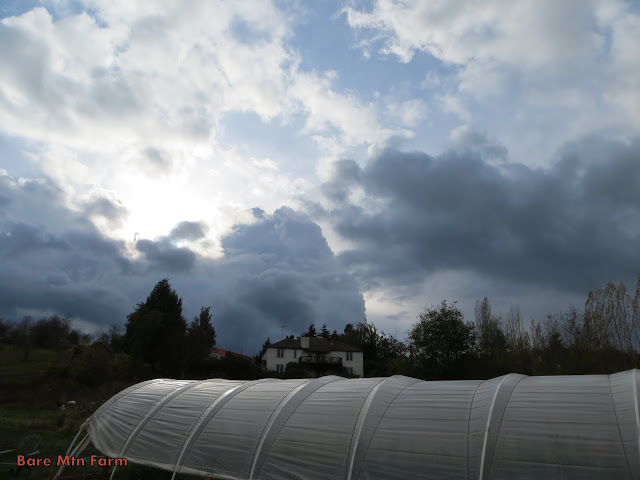 While skies darken again and I am just minutes away from a hail storm, I am cutting the last zinnias, the last amaranths, the last dahlias and other pretty flowers to make a couple more arrangements. 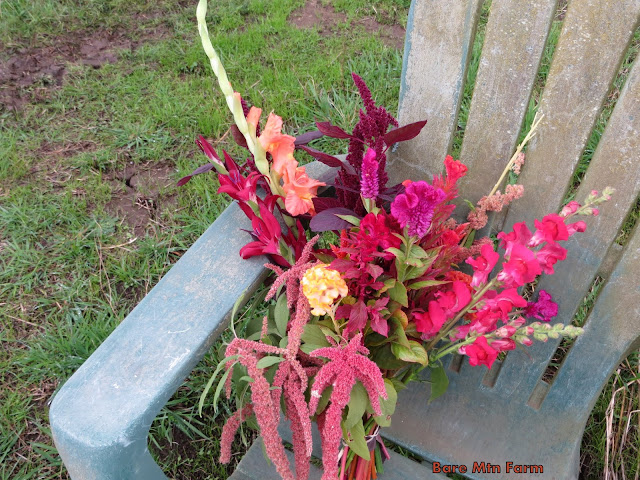 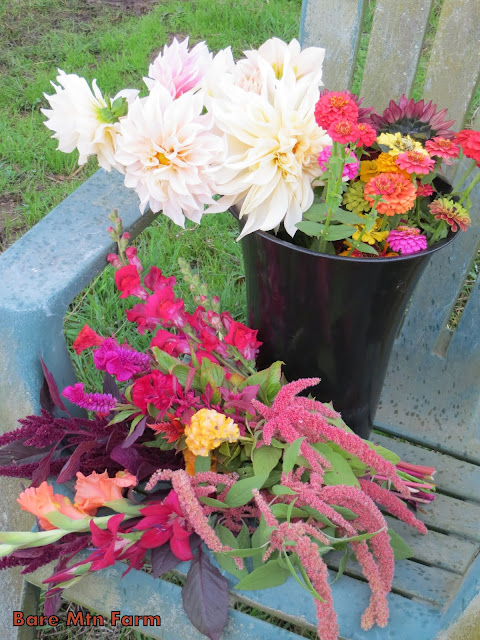 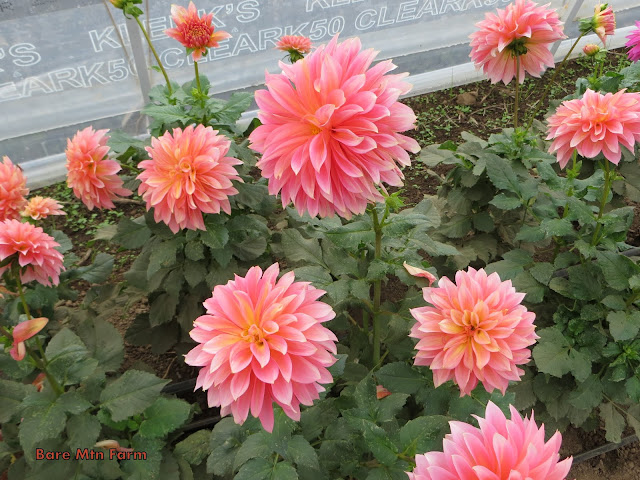 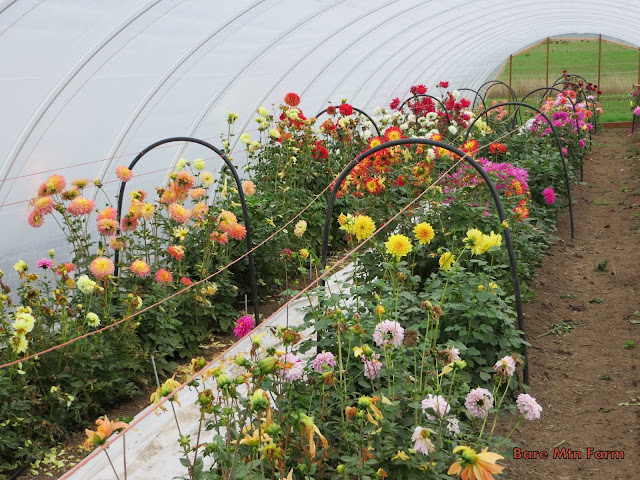 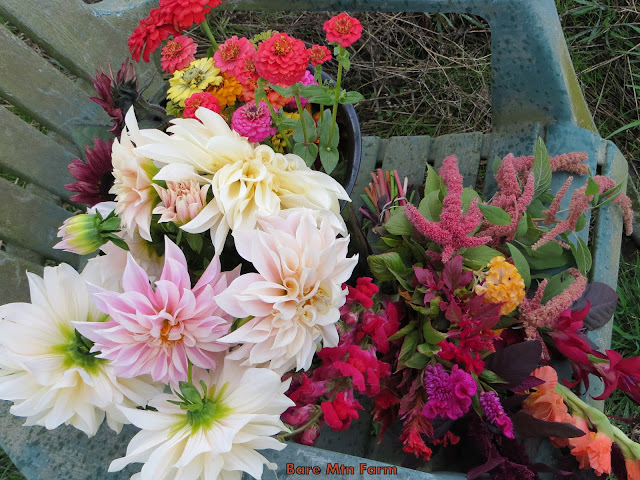 Now as I write this, it is early Saturday evening, the skies have cleared and there is a chill in the air. The end is near (dramatic pause). There isn't much time, things are rapidly changing, the leaves are falling, the flowers have stopped blooming and you can feel (gasp) IT is coming. Although we are tired, it is sad to see the season of flowers come to an end.  There are still so many chores and jobs to do but the pretty flowers might just be over.

So I will post this for early tomorrow and you will know that the first thing we will do in the morning, is press our faces to the window...."Did it happen?" 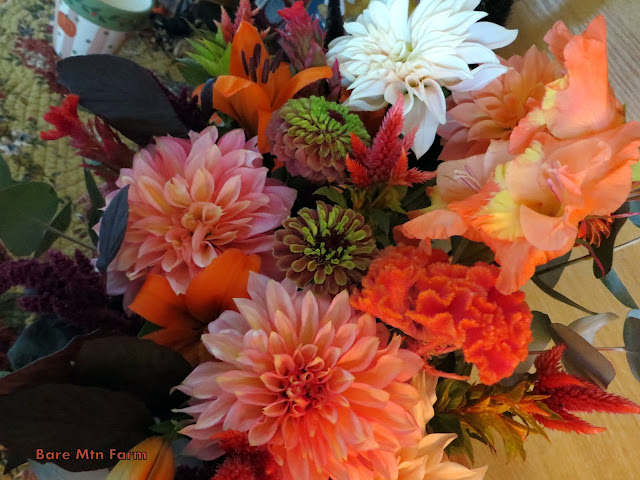 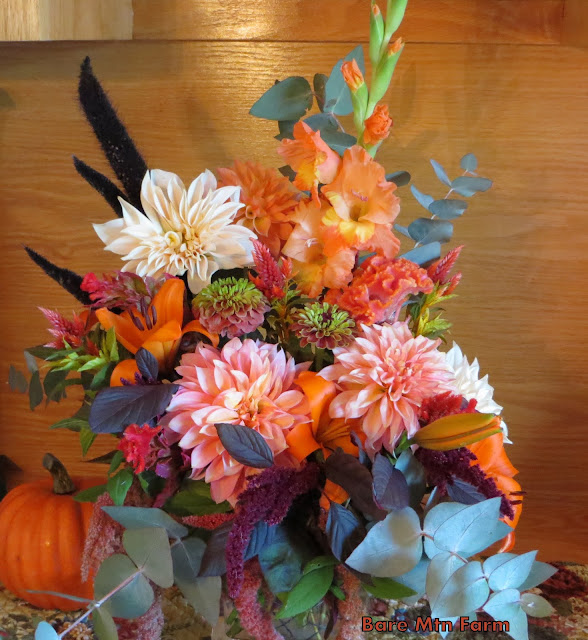 "November comes
And November goes,
With the last red berries
And the first white snows.

With night coming early,
And dawn coming late,
And ice in the bucket
And frost by the gate.

The fires burn
And the kettles sing,
And earth sinks to rest
Until next spring."
-  Elizabeth Coatsworth
Posted by Bare Mtn Farm at 8:30 AM